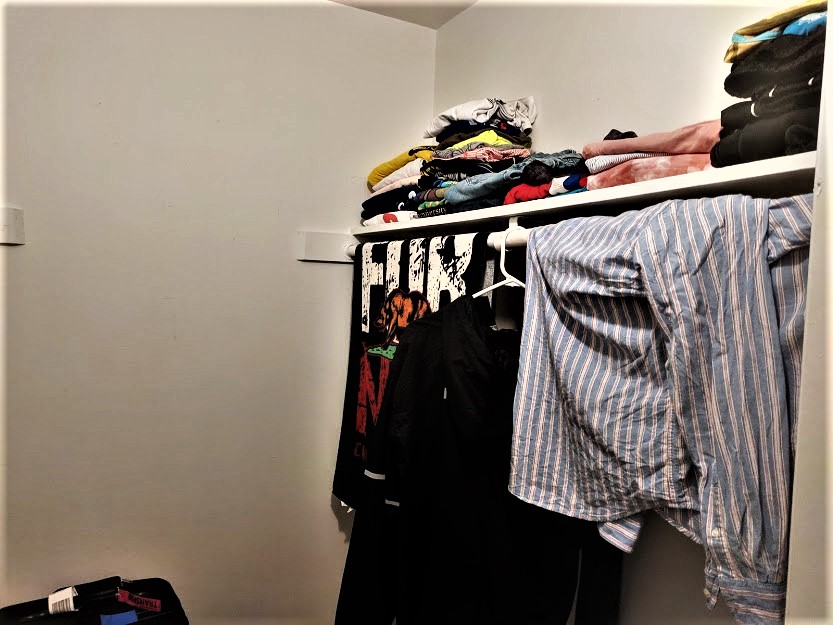 This is the last essay I wrote this past semester. I had been planning to write about Jesus’ proclamation “blessed are the poor,” but this seemed more exciting. The Professor said my sources were pretty irrelevant, and I should have examined the texts more. I thought my sources were great, but he probably had a point. Either way, here are my thoughts about that mysterious thing.

Several passages in the New Testament briefly reference a sin which will not be forgiven. In Luke, it is called “blasphemy of the Holy Spirit” (Luke 12:8-10 NIV). While it is unclear what this sin is, it seems to be connected to the breaking of a sacred oath – a corruption of being – a turning from the light of truth. There is a line in Robert Bolt’s play A Man for All Seasons in which Sir Thomas More says, “When a man takes an oath, Meg, he’s holding his own self in his own hands. Like water. And if he opens his fingers then — he needn’t hope to find himself again” (Bolt). The New Testament passages which speak about “the sin that leads to death” (I John 5:16-17) approach it in much the same manner as Sir Thomas More’s dire warning against breaking an oath. This blasphemy seems to be a corruption which will not be undone. This paper will explore this theme is three sections: hypocrisy, selling a soul, and a descent into darkness.

“I tell you, whoever publicly acknowledges me before others, the Son of Man will also acknowledge before the angels of God. But whoever disowns me before others will be disowned before the angels of God. And everyone who speaks a word against the Son of Man will be forgiven, but anyone who blasphemes against the Holy Spirit will not be forgiven” (Luke 12:8-10).

At the beginning of this chapter in Luke, Jesus warns his disciples, “Be on your guard against the yeast of the Pharisees, which is hypocrisy.” He goes on to tell them, “do not be afraid of those who kill the body…fear him who…has power to throw you into hell” (Luke 12:1-5). With this as a preface, Jesus says that whoever speaks a word against the Son of Man will be forgiven, but whoever blasphemes against the Holy Spirit will not be forgiven.

Here, the warning seems to be for one who, like Judas the traitor, is two-faced. Psychologist Dr. Jordan Peterson says, “If you’re not honest, you can’t trust your own intuition… and this is why virtue is a necessity. If you lie to yourself or to other people, you corrupt the structure that you use to interact with being” (Peterson). It is surprising how lightly Jesus seems to take speaking against the name of the Son of Man (his own name). Yet speaking against the Holy Spirit, he says, is another matter entirely. It is implied that those who could blaspheme the Holy Spirit are those who have been shown the truth, walked in it, and then turned their back. Like Judas, they have held righteousness in their embrace and then done violence to him they swore allegiance to. This blasphemy is the breaking of an oath entered into by humanity and divinity.

“See that no one is sexually immoral, or is godless like Esau, who for a single meal sold his inheritance rights as the oldest son. Afterward, as you know, when he wanted to inherit this blessing, he was rejected. Even though he sought the blessing with tears, he could not change what he had done” (Hebrews 12:16-17).

Along with the breaking of an oath, this sin seems also seems to be closely tied to the selling of one’s integrity for profit. Like Esau, who sold his inheritance rights for a meal, those who blaspheme the Spirit, i.e. commit treason, sell the integrity of their being for immediate gain. This transaction is a corruption with deep implications. We all come into the world in a sinful state. But to corrupt means to change; treason means to turn back away from that which you have loved and fought for. It is the highest charge to be laid upon man.

It’s been said that the most important event of the twentieth century was the Nuremburg trials [following] World War II [which] dealt with those…especially responsible for the horrors committed. In this trial, the standard defense…was, “I was ordered to do it.” However, the court denied human beings, regardless of their race, ethnicity, background, or beliefs, the legal right to use that as a defense…the argument was that there are some things which are so self-evidently…not virtuous, that if you engage in them, you’re existentially guilty; you’re guilty outside the bounds of your culture. (Peterson)

The Nuremburg Trials saw people from different languages, religions, philosophies, and allegiances unite to declare that every member of mankind is liable to some larger covenant than that within the bounds of his own culture. Those who sell their being, who allow themselves to be corrupted to the point that they delight in the torture their fellow man, are guilty of treason against our collective nature. They have sold their souls to a deep darkness. And like Esau, they may beg and plead, but they cannot change what they have done. And like Judas, they have corrupted their being. For Judas was with the Lord, he tasted of the truth, and he sold his friend (and thereby his own soul) for thirty pieces of silver.

(A Descent into Darkness)

When John mentions the sin that leads to death, he seems to imply a change of direction. He says that the sin leads the one who commits it. While “All wrongdoing is sin” (I John 5:17), there seems to be a sin which is able to lead us, to drag us away to darkness. Peter tells us that those who “have escaped the corruption of the world by knowing…Jesus Christ and are again entangled in it and overcome [by corruption], they are worse off at the end than at the beginning.” He even says that they would have been better off never knowing what is right than to have known and turned away (II Peter 2:20-21).

In The Republic, Socrates describes the ascent towards being as coming up out of the darkness of a cave and into the light of day (Plato). This is the slow renewal of what was first in darkness. The account in I John paints the sin that leads to death as the descent back down into the depravity of the cave. No one can be faulted for being born depraved; we did not choose our condition. Yet when a man has gone up out and seen the light of day, tasted the truth, felt the warmth of righteousness, for him to walk back down is a sin of another nature.

It must be understood that returning to the cave, i.e. committing the unforgivable sin, is not the same as visiting the shadows where the sunlight is shortly diminished. Believers sin all the time. This does not mean that they cannot be forgiven. When one turns away from the light, a light that’s warmed him and which he’s sworn by, and walks back to the darkness where he came from, he commits a sin which corrupts his very being. If we hope to remain in the light, we do well to remember the words of Sir Thomas More who said, “When a man takes an oath, Meg, he’s holding his own self in his own hands. Like water. And if he opens his fingers then — he needn’t hope to find himself again” (Bolt).

If you want to get my updates, shoot me an email at javen32@live.com