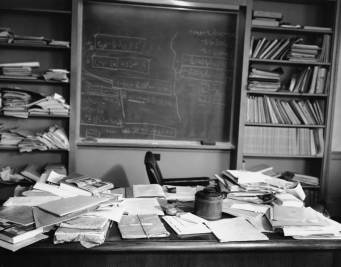 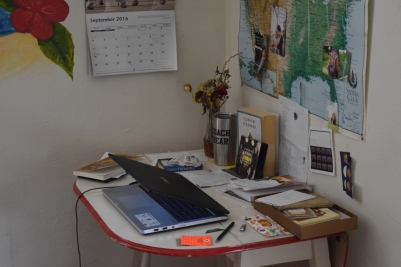 I got to go a concert last week to see Jason Gray, Josh Wilson, and JJ Heller. It was a pretty good show that was held a beautiful dome-shaped church. JJ Heller was my favorite; her and her husband Dave did most of their songs with just her voice and a Gibson. It was really lovely. ‘Who Will Love Me for Me’ was the highlight..so good. Probably the most surprising part of the night was seeing how much Josh Wilson looks like Karlin Bacher. 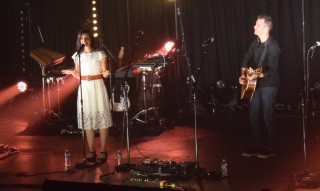 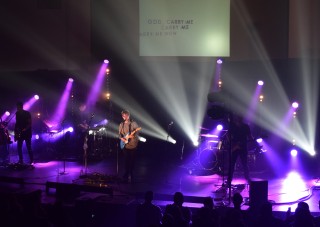 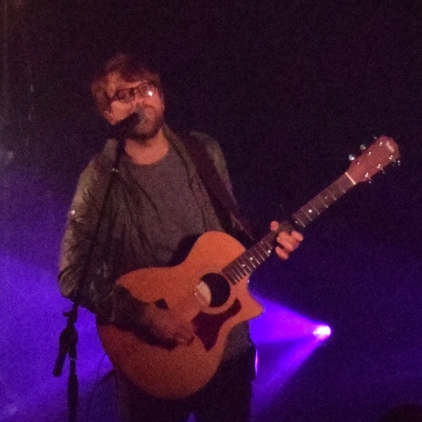 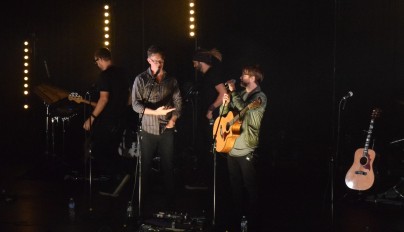 On Tuesday the long-awaited arrival of Travis Miller from Missouri was accomplished. He drove his red Honda all the way. He plays a Taylor, brought a bunch of snacks, and we like a lot of the same things in life..so he’s a pretty cool hombre thus far.

It’s always a nice thing to see big boxes on my doorstep, and even nicer when they’re addressed to me. My dear mom sent me some essentials. Timely ones too, we leave for a two week tour to Canada tomorrow evening. These will be a great addition to my living quarters. Said living quarters will be much more crowded this time around since Travis’s six foot three frame and earthly possessions will be sharing it with me. It’s alright though. I’ll gladly trade half the space for a bro to go with me. ‘Friendship halves our space and doubles our joy’..or something.

Last night, Wednesday, Travis and I decided to go to a concert in Eugene at five and left at six. Since we were in a hurry and our printer is broken, we decided to buy our tickets at the venue. As I was handing the box office lady at the Hult Center my $21, a kind lady named Heidi came up and offered us her two extra tickets. So we got to watch Steven Curtis Chapman, Mac Powell, and Brandon Heath put on a great show from the $38 seats. It was a really good concert which I don’t have any pictures of it because I think it’s so dumb when you go watch fireworks and half the people just video the whole time. I decided this time I’d just take in the show instead of trying to capture it for later. I think there’s something to be said for that. They were all three fun to watch perform; masters of their craft no doubt. Two of which have been around for quite a while…not sure if Chapman was using in-ear monitoring or hearing aids. My favorite part was Brandon Heath doing his song ‘Paul Brown Petty’, a story about his grandpa. When the most expensive part of a concert is the milkshake afterwords, maybe God broke the printer.

Today I replaced my guitar’s saddle. Sounds easy enough in theory I suppose. But when you buy a saddle (made out of bone), what they send you is too big and you have to shape it to fit your guitar. So today I spent about two hours sanding bone to match the size of the old saddle. But alas, it fits and plays and does not buzz. Victory.

Remember to pray for those of us that are far from home.

(and those I probably couldn’t remember tonight)

Here’s what I’ve been eating for midnight.

That all went down about six minutes from my house.

It’s an evil something awful,

That lets you kill your own,

What kind of demon runs inside you,

How many times have you been lied to,

In this hell of a nightmare,

That keeps you waking up alone,

It’s the loneliness of the wilderness,

That wells up inside a man,

When everything he hears spoken,

Kills and leaves him broken,

He shakes his fist at Heaven,

And turns and kills again,

What was the reason,

How are you sleeping,

At three in the morning,

Where do you stand,

That when you awake,

And rise to meet the day,

With blood on your hands,

There’s an anthem of mercy,

That’s calling out to you,

While you’re sitting in the prisons,

Of the darkness where you’re living,

That even a murderer,

Can be made new,

Can still be made new,

Javen Bear is 23 years old and lives with his beautiful wife Aleisha in Seneca, South Carolina. He’s a senior at Toccoa Falls College where he studies mass-media communication and co-hosts The Abstract Podcast. Javen’s super-power, if he had one, would be the ability to press pause on the world and catch up on reading. He enjoys fly-fishing, going to the theatre, and always uses Oxford commas. View more posts